A weekly entry about the life of our estuary and watershed.

HarborLAB volunteers (including a little one, Lily) recently spotted snow tracks at the GreenLaunch. Not our usual guard cat prints. The fingers weren’t webbed. At first we thought we might have fresh evidence of our resident muskrat. The tracks led up and down our growing native habitat slope from the water to the uplands, so that made sense. Ah, but there was no tail line. That leaves us with raccoon! 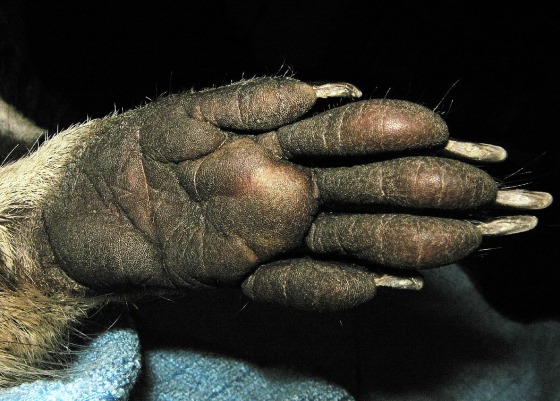 The lack of webbing is very unusual for mammals in the order carnivora. What makes raccoon paws absolutely unique, however, is their sensitivity. More than 60% of the sensory perception areas of the raccoon’s cerebral cortex is given to touch. A raccoon’s dexterous fore paws are covered in tiny sensory spikes. The density raccoon pressure sensitive cells (called mechanoreceptor cells) is quintuple that of most mammals, matched only by primates like humans.

The primacy of their fore paws is reflected in the species’ names, including proto-Algonquin via Powhatan ahrah-koon-em (“one who scratches or rubs with its hands”) and part of the Latin one given by Carl Linnaeus (lotor or “washer”). The myth that raccoons wash their hands or food is rooted in amateur observations of their actual use of water: when submerged the sensory micro-bristles soften and become even more sensitive. A raccoon dips objects in water, fully submerging its paws, to even more acutely feel its surfaces. This video of a raccoon accidentally dissolving his treat of cotton candy is for only the most stone-hearted.

Even prolonged time in cold water doesn’t seem to diminish this sensitivity. Naturally this helps them to find small creatures, eggs, and some plants to eat in aquatic or muddy environments. Their fur is also well adapted to repel water. 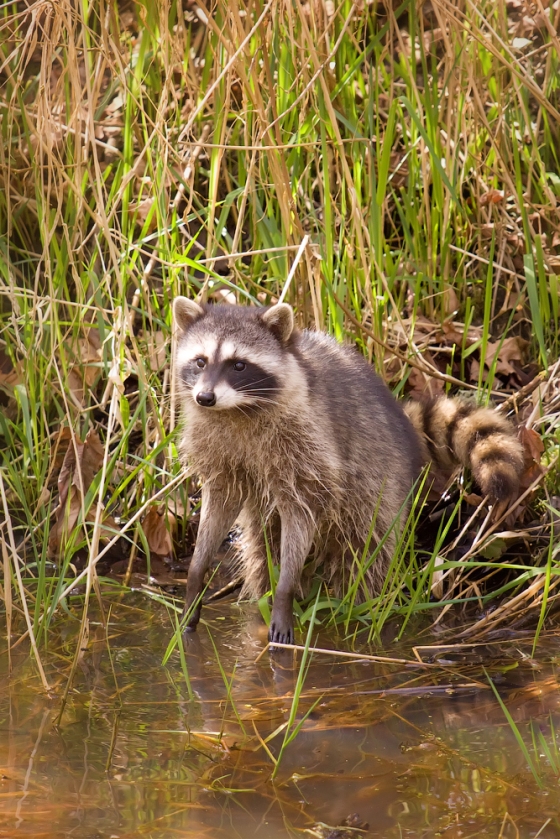 Once raccoons have learned of food sources, they won’t soon forget. In laboratory tests they remembered complex tasks for years afterward. Their ability to recall, problem solve, and think abstractly ranks them with Rhesus monkeys in evaluations of animal intelligence. So, say hello to our smart new neighbor! Maybe a furry new volunteer?